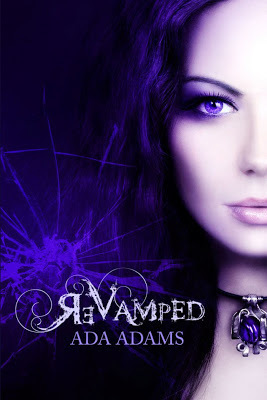 A simple mission turned deadly.
Nineteen-year-old vampire Dawn has led a sheltered life within the confines of her father’s presidential headquarters. Upon being sent on a mission to revamp four goofy misfits into guardians of a peaceful little town of Angel Creek, Dawn believes that all her dreams have finally come true. What starts off as a simple task, turns into something unexpected, changing Dawn’s life forever and leading the action-loving, thrill-seeking vampire teen on a path of mystery, danger and intrigue.
When a human girl is kidnapped by a group of rogue vamps, Dawn discovers that there is more going on in Angel Creek than meets the eye. And it all connects to Ethan, the cute newcomer who seems too perfect to be true, Sebastian, the mysterious vampire with a turbulent past, and even Dawn herself. Dawn must not only succeed in revamping the troubled recruits, but must also prevent the vampire race from being overtaken by a malevolent villain who has a strange and obsessive fascination with her. As threat escalates, romance blooms, and ghosts from her past begin to surface, Dawn is sure of only one thing: her life will never be the same. 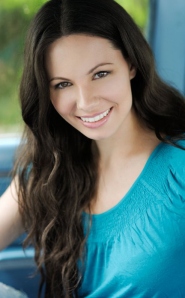 “Many people sing in the shower. I write scenes in my head and act them out.”

As a writer and an actress, Ada spends most of her days immersed in imaginary worlds. Much like the kick-butt female characters she enjoys writing about, Ada is a martial artist with a Black Belt in Shotokan Karate. She is also a big proponent of lifelong learning and has attained a Bachelor of Arts in Psychology (it aids in creating characters with unique quirks!) as well as a Masters of Science in Education.
Ada began her writing career at the age of three with a string of short stories that only a mother could love, and has been inventing quirky characters and imaginary worlds ever since. She is an editor-in-chief of VEUX Magazine (www.veuxmag.com) and a passionate advocate for the arts. A self-proclaimed book and TV junkie, she also loves animals, chocolate, and bubble tea.
Ada lives in Toronto, Canada. When she's not writing, you can find her on an adventurous nature hike with her puppies, Caramilk and Oreo. Or, more likely, deep in a jar of Nutella...

Well, I am going to start off by saying...Look at that striking cover?  It is definitely one aspect that drew me in where as another was the fact that it centered around vampires.  Yes, those lovely "creatures of the night"...only in the world created by Ada Adams, what Hollywood and mainstream media tells you about vampires is so not the truth.
So, what is different you say?  Well, there are many things that these vampires are able to do that when you follow stereotypical myths of vampires, they weren't able to.  I always think that the big one is sunlight.  And yes, in ReVamped our vampires have the ability to walk out in daylight.  But, that is just one of the things that sets this vampire novel apart from the rest.
First and foremost we meet Dawn.  A unique yet sheltered vampire, she is brought up a certain way insuring that she can defend herself and with these abilities she is at the top of her game.  This leads her to head up an assignment out in the real world.  Her assignment puts her in Angel Creek where she will have to find the local vampires, bring them together, and train them to be guardians of the town.
Dawn is such a resilient, tenacious, strong woman.  I found myself rooting for her all the way through.  I laughed at the challenges placed before her, but I could see with her as their leader, this was going to be a fun, crazy mission.  And boy did it turn out to be just that.
ReVamped is a quick amusing read that you immediately find yourself drawn in to.  We watch Dawn travel on a journey that tests her strength and resolve on many different levels.  We see her examine her feelings for two different guys and finding out which one really sets her on fire.  Which I guess is a good time to bring up Sebastian.  He had me intrigued from the get go and the further in to this tale, the more I wanted to know about him...But...that was still only a small part in the grand scheme of things in this book...
Ada Adams provides us with a whirlwind of excitement...keeping us glued to the mystery evolving and blowing our mind with the twists and turns that leave you going..."OMG...I NEVER SAW THAT COMING!!!!"
A book that I enjoyed from start to finish...grab your copy today!!!

Now...Book 2 in the Angel Creek Series is already out...ReAwakened....Check it out and if you are like me...After reading ReVamped, you will want to go ahead and get it and jump right back in with these fun characters!! 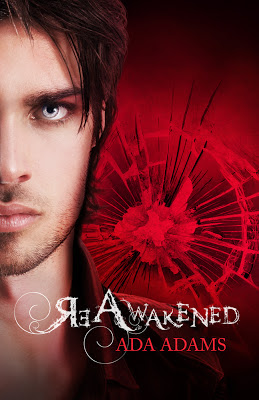 Becoming a vampire guardian was Dawn Fairchild’s ticket out of the Scarlet House. Fresh off a successful mission, life in Angel Creek should have been great. But when her sort-of-maybe-boyfriend, Sebastian, disappears on a quest to help a beautiful vampire from his past, Dawn finds herself amidst a web of danger, lies, and deceit.
Joining forces with Razor, an enigmatic rebel lacking both a verbal and a physical filter, and her band of Misfits—Brooke, Sophie, Hunter, and Seth—Dawn is thrust into a race against the clock to solve the mystery surrounding brutal Born kidnappings and come to terms with the sudden discovery of her own unique powers. With time ticking away and Born vampires’ lives in jeopardy, it quickly becomes evident that someone—or something—desperately wants Dawn and is willing to shed any amount of blood to get her.
Dawn has only one chance to face her demons and overcome all obstacles standing in her way as she embarks on the biggest mission of her life—one that threatens a deadly outcome for all involved.

Many, Many thanks to Ada Adams and Book Nerd Tours for this fabulous tour....

a Rafflecopter giveaway
Posted by kvsgrimes at 3:00 AM